Football is one of the only things in life that can bring people together. In a week where Britain have voted to leave the EU, completely divided a nation, labour & conservatives split into four parts between them & looking in turmoil. What can bring all those people together? Not a lot, but football can. Politics forgotten and a country coming together, for 90 minutes, to watch England attempt to play football against Iceland.

Over the last 18 months I have witnessed 110 football matches in over 60 different stadiums, I’ve met countless fans of individual clubs and fans of the game itself. None sit quite so high in my expectations as Grimsby Town fans. I’ve been told for years that every man, woman, child has their football team and that’s it, written in black & white and carved on the grave when they die. What a club & fan base such as Town has taught me 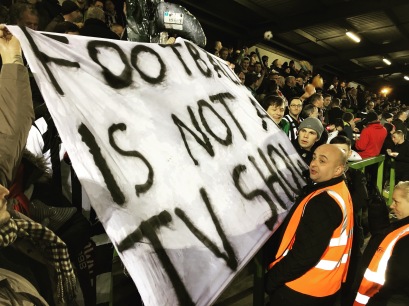 that it isn’t quite this simple. As a neutral I attempt to go to games with an open mind and enjoy myself but this completely changed the night I made my way up the terrace at the New Lawn to witness Grimsby beat Forest Green 1-0 on a cold Friday night in front of over 350 fans who made the near 450 mile trip to watch their team. All because BT Sport decided it needed to be on TV. This victory was one of many during a magnificent campaign and the win had the feel of one of great significance to help fuel their promotion push. Was this win what really brought that belief that promotion was within reach? Did this make Wembley what it was?

As I’ve already mentioned, I try to go to games with an open mind but over the last few months whilst Grimsby made their way back into the Football League I began to get hooked. As groundhoppers we often get soft spots for clubs whilst on our journeys. For me I’ve made brilliant memories, met amazing people at clubs such as Plymouth Argyle, Bristol Rovers, Swansea City & continuing to make memories with my childhood clubs Chelsea & Bristol

City but none of them give me the excitement that going to another Town game. They were the first fixtures I looked for on June the 22nd & this is solely down the fans, the club itself & the relationship between the players and the fans. This is something that is often missing
in clubs, the bond between the club and/or players & the fans who spend their Tuesday nights stood on cold terraces, spending their hard earned money supporting their team.

From my first blog at the New Lawn which got over 4,000 hits to my Play-Off Final video which I still pinch myself at the feedback that came from it. In addition to this, I can’t thank any of you enough for your sponsorship and donations for my sponsored cycle for Children in Need – you have helped me & my colleagues nearly £1,600 in total.

From a weird bloke who travels up and down the country spending money I don’t have, I am forever grateful at how welcoming a club you are all part of. You are truly an inspiration for all clubs – especially those who have had a few tough years in Non-League. You never lost faith, stuck by and 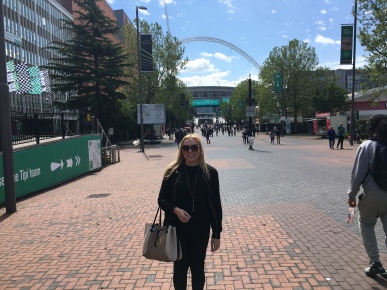 gave your support & the Football League is a better place for having you. You know you are a special club when I can get my girlfriend there – she hates nothing more than football! So, again, thank you for showing Jade what football can bring!

I’m sure I am right in saying that August 6th will be a special day in the life of a lot of Mariners, especially those who have followed them throughout the Non-League life and the young Mariners who perhaps can’t remember the last Football League game Town were a part of. I personally can’t wait to be celebrating my 20th birthday at Adam’s Park on August the 13th as well as all the games I have planned for this season involving this amazing club.

To show a few of the memories already created I have made a small YouTube video showing how good you fans can really be! Enjoy and Thank You!